The Official Poster of the Concerts 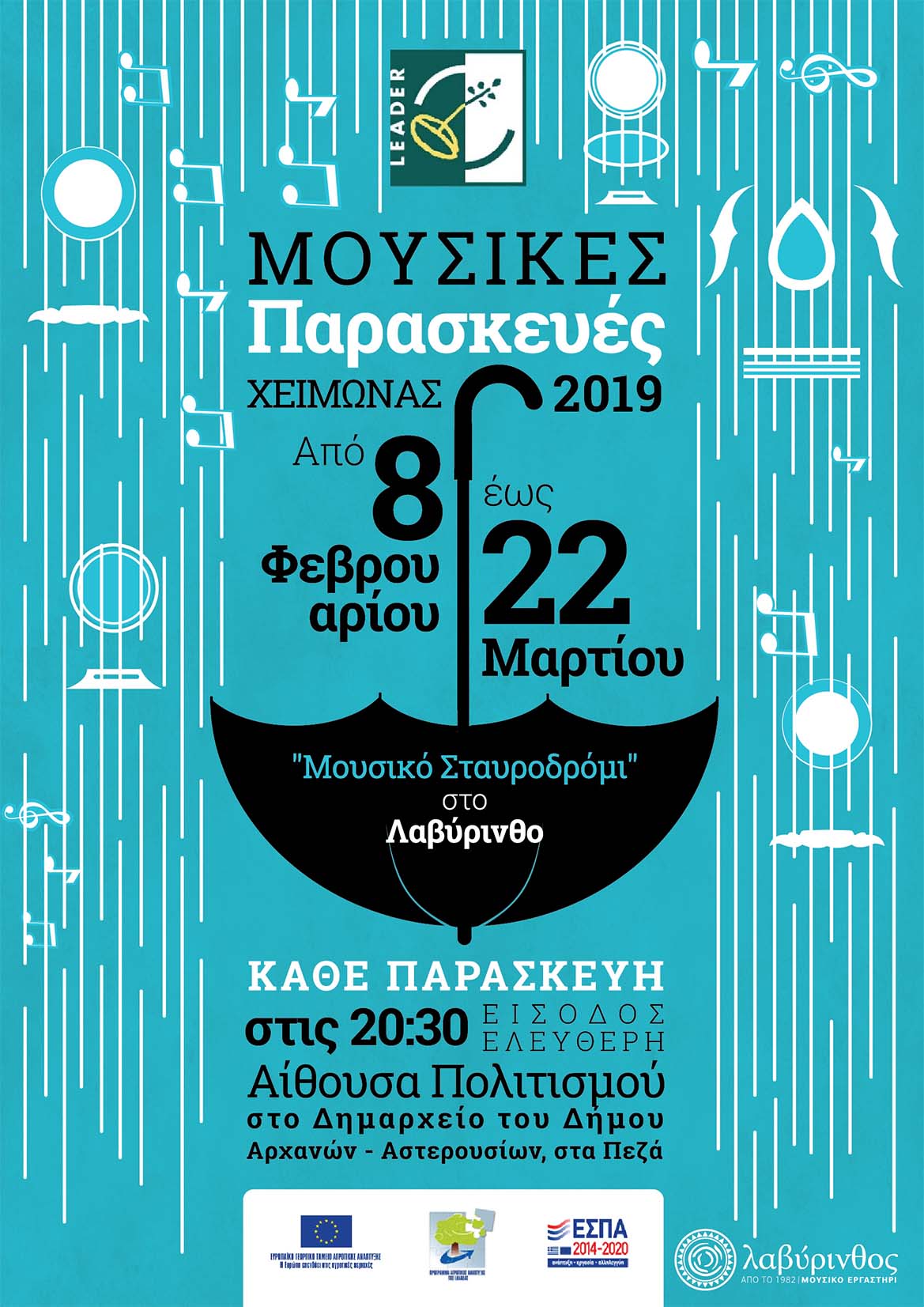 The Musical Workshop Labyrinth is inaugurating a new series of concerts titled "Musical Crossroads at Labyrinth". The well known Musical Fridays of the summer months, now for the first time in the middle of winter in the theatre of the Municipal Building of the Municipality of Archanes-Asterousia in Peza.

From the 8th of February and on every Friday until the 22nd of March, musical meetings and collaborations incorporating some of the world’s most significant musical traditions with special emphasis on Crete.

The concert starts at 8:30, admission free