"Music Pathways in the Labyrinth" | Concert 1

“Pieces from Greece, Turkey and the Arab world in a solo performance of a turkish oud”

Taxiarchis Georgoulis is one of the younger generation’s most outstanding musicians. He has an extensive knowledge of the music for the oud from Greece, Turkey and the Arab world and is a recognized virtuoso and master of this instrument. 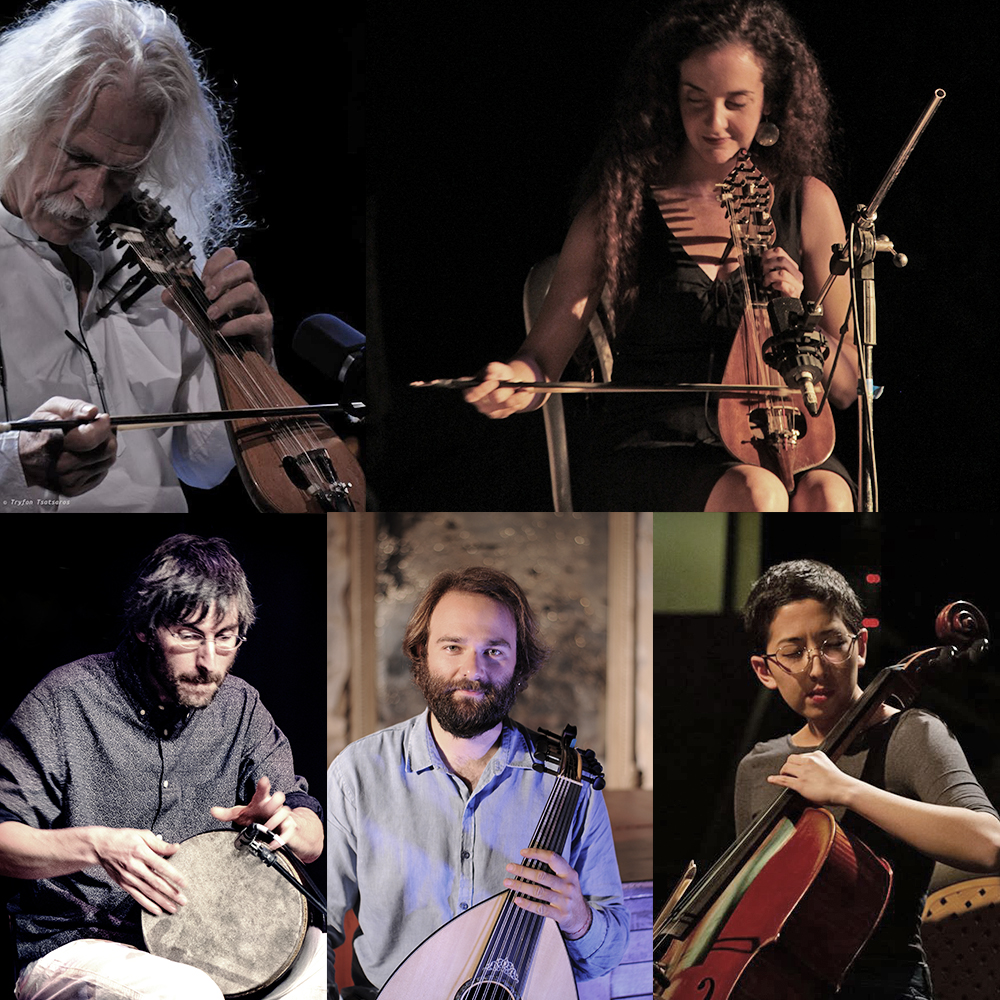 In the second part of the concert Ross Daly, the artistic director of the Musical Workshop Labyrinth, together will present a program of his own compositions of Contemporary Modal Music from both the past and the present. He will be accompanied by Kelly Thoma, one of Greece’s finest and most original exponents of the lyra, Kostas Poulianakis, a percussionist, with broad experience playing with Greek traditional ensembles as well as with contemporary projects in Central Europe, and Mayu Shviro, a young cellist from Israel who has explored extensively the use of her instrument in eastern modal traditions, thus developing a unique and highly original style of her own. The ensemble will also be joined by Taxiarchis Georgoulis on the oud.

For reservations visit the official website of the Cultural Conference Center of Heraklion!