"Music Pathways in the Labyrinth" | Concert 6

«Ιmprovisations and compositions, together with traditional material from Iran and Afghanistan”

Efrén López is a composer and instrumentalist of a highly unique nature. A native to Valencia in Catalunya, Spain, he is well versed in the musical idioms of his native land. However, due to his deep interest in modal musical traditions and his extensive travels, he is also adept in various musical idioms from Greece, Turkey, Iran, and Afghanistan.

Pedram Khavarzamini is a virtuoso of the Persian Tombak, a wooden chalice drum which is the foremost percussion instrument in the classical musical tradition of Iran. Pedram has worked extensively within the world of Persian music with most of the foremost musicians of that tradition. However, he has also worked in other countries with many different musicians from various traditions. As a result, he has developed a unique style of his own which has considerably enriched and broadened the “language” of the Tombak.
Together they will perform a program of improvisations and compositions of their own, together with traditional material from Iran and Afghanistan.

Efrén López and Pedram Khavarzamini will join forces with Stelios Petrakis, an outstanding Lyra player and composer from the eastern Cretan town of Sitia. Stelios Petrakis is a musician of international acclaim who has worked within the context of many different projects involving a broad variety of musical styles. He is a renowned composer, whose work reflects the broad spectrum of his musical experience as well as his Cretan roots. 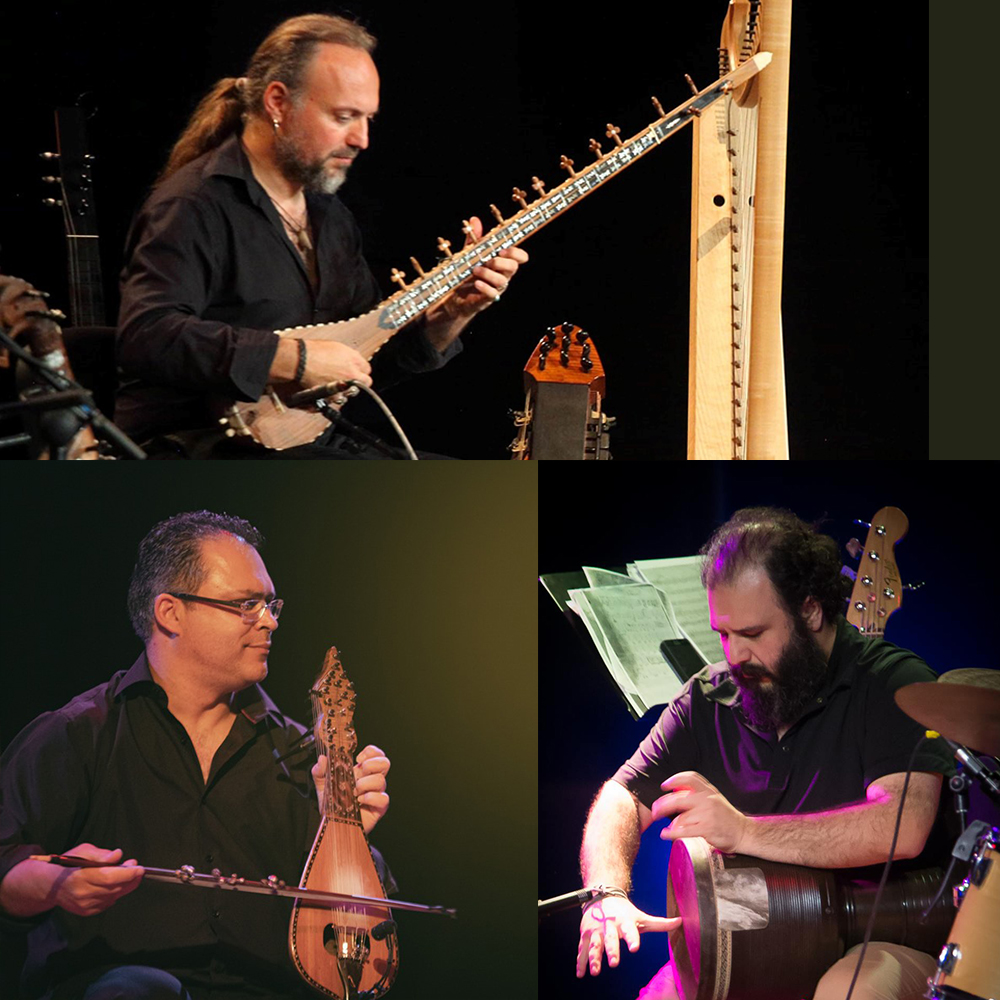